Temporary Museum (Lake) is a curvaceous form set at the end of a meandering path in a nature reserve north west of Amsterdam. Like the ephemeral transitions of the autumnal season it inhabits, the gallery, which opened on mid august 2010, had a lifespan of only six weeks.
Inspired by the automatic drawings of Dadaist Jean Arp - in which the hand is allowed to move instinctively across the paper - Anne Holtrop began the work with sketches through which he intended to use chance in a way to ‘discover form’. This led to a fluid organic outline that ‘hints at the idea of a landscape element - the lake - but is not taken literally’. The resulting shape generated a plan form, which was extruded upwards to create a single-storey enclosure, open to the elements in parts. The structure uses a simple construction sheathed in untreated laminated poplar. 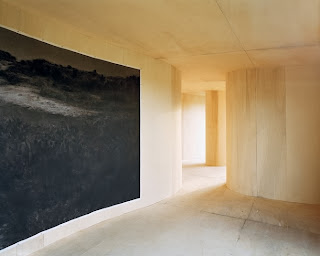 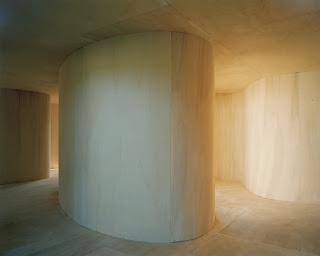 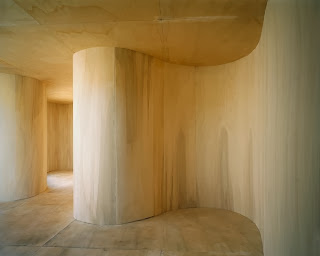 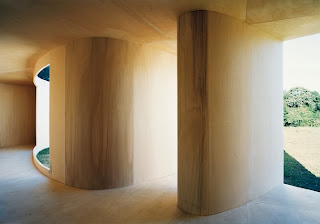 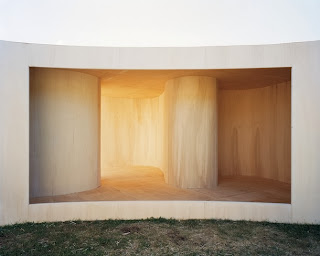 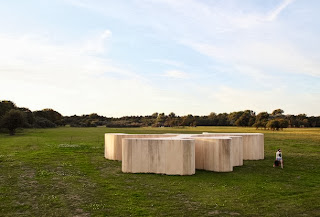 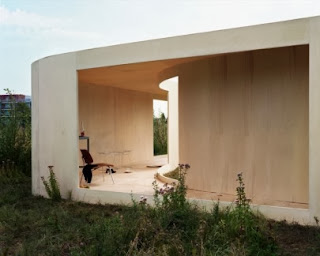 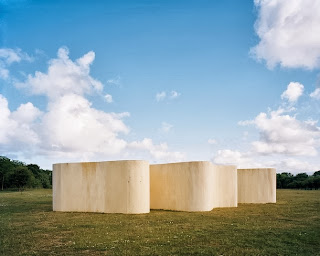 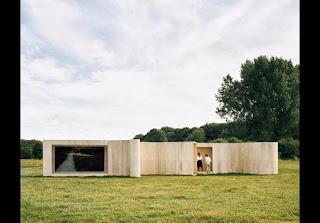 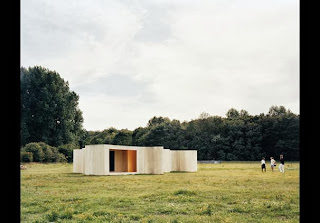 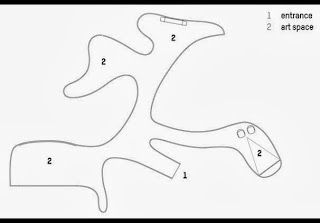 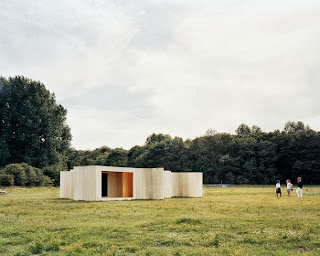